Globally, seltzers are made with infusion of juices and interesting flavours. It has already emerged as the fastest-growing category in the Western countries.

Amul is adding  real fruit juice and milk solids to make it a fizzy drink of choice for the new generation. It will give Indian consumers an opportunity to taste tomorrow, today.

While real fruit juice is a big plus, both Amul TRU Orange and Lemon Seltzer have goodness of milk solids, which no other beverage in India has. It is truly a remarkable innovation by Amul, India’s largest food brand.

Having launched two flavors this week in the Gujarat market, Amul will soon roll out many new variants like Cola, Jeera and Apple, all made from real fruit, in PET bottles and shall and also introduce all flavours in smart Can packaging also.

To strengthen our beverage product portfolio, we had  launched  a blend of milk and real fruit juice under the brand ‘Tru’ in Feb 2019.

The product, available in four flavours – Mango, Orange, Litchi and Apple, has received very good feedback from the market and got 10 percent market share in the first quarter of launch.

One of the huge beverage categories is carbonated soft drinks. As such there has not been much innovation in this category. Consumers are also moving away from sugary beverages that only contain water, sugar & fizz.

Amul researched deep into this category and figured that Seltzer which originated more than 300 years ago has never been explored in India. This was before the advent of modern medicine that naturally carbonated water that bubbled to the surface in springs around the world, and spas sprung up where visitors could “take the waters” were considered a powerful medicine.

Historically, people from Niederselters, a town in Germany bottled and exported their naturally carbonated water in 1787 and Americans called it seltzer. 100 years back, in 19th century, people started adding seltzer to milk either as a refreshment or a tonic to cure diseases.

As seltzer shares an old connect with Milk & dairy, Amul has launched Seltzer to provide consumers a healthy and tasty beverage.  Amul TRU Seltzer is a finest blend of dairy, fruits and fizz. The products contain goodness of dairy, real fruit juice, and exciting fizz. It is therefore much more than just sugar & water which every brand has been selling to Indian consumers. This product is suitable for consumption by all age groups.

Amul has created a very attractive communication and point of sale promotion strategy for this new brand. Advertising campaign highlighting the product proposition “Dairy, Fruity, Fizzy” shall also be aired on TV and social media. The teaser campaign in hoardings across the state “Is it a Cola?”, “Is it a Shake?” and “Is it a Juice?” a week before launch had created lot of curiosity and had gone viral. A very informative website www.amulseltzer.com also has been launched.

Fri Oct 23 , 2020
Spread the loveThe Corona pandemic has affected the entire world, leaving many unemployed and many migrant workers left their homes. During this difficult time, JD(U) […] 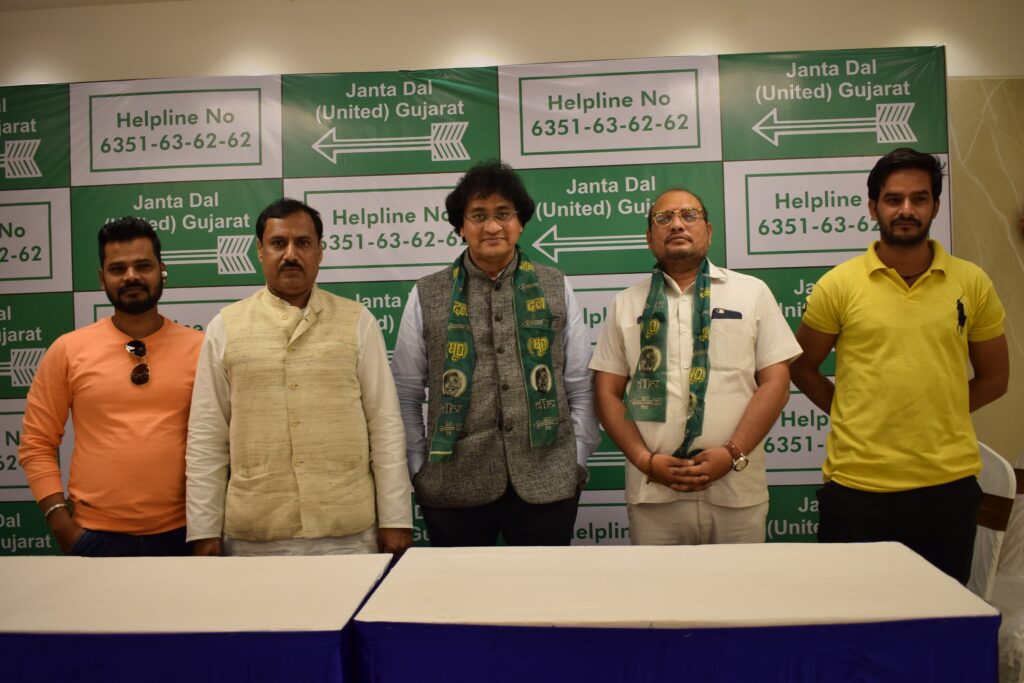