The Bullion Depository will now facilitate holding and transfer of Bullion viz. Gold initially which will be extended to Silver and any other commodities that is eligible to be held / traded by IFSCA at IFSC, GIFT City.

The Depository will further embark towards achieving the objective of making IFSC the ‘go-to’ location for all eligible investors and be the preferred choice amongst the financial and bullion markets.

Commenting on the above, Mr. Nehal Vora, MD & CEO of CDSL stated: “This is a prominent moment for us and the entire IFSC ecosystem. I am certain that the Bullion depository will not only contribute to the growth of the financial eco-system, but will also provide support to ensure that the IFSC becomes the epitome of  world class sophistication in terms of products and services .”

Central Depository Services (India) Limited (CDSL) is India’s leading and only listed depository, with an objective of providing convenient, dependable and secure depository services at affordable cost to all market participants. CDSL received its certificate of commencement of business from SEBI in February 1999 and it facilitates holding and transacting in securities in the electronic form and facilitates settlement of trades on stock exchanges.

CDSL maintains and services 4 crore Demat accounts of Investors or Beneficial Owners (BOs) spread across India.  These BOs are serviced by CDSL’s 580+ Depository Participants (DPs) from over 20,600 locations. 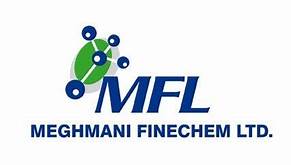