Delhi LG orders probe into allegations of Power scam against Kejriwal Govt that it gave “undue benefits worth 11,550 crore to two power DISCOMs and a windfall of 8,500 crore, which was extracted from the people of Delhi but paid to these private companies instead of the Govt.”

Delhi Lieutenant Governor (LG) Vinai Kumar Saxena has ordered a probe into the alleged irregularities in the power subsidy scheme put in place by the Aam Aadmi Party (AAP) government.

Saxena’s action followed a complaint filed at the LG Secretariat, which raised issues of “impropriety and discrepancies” in the power subsidy scheme of the Arvind Kejriwal-led government, sources told news agency

Tue Oct 4 , 2022
Spread the loveThe initial public offering (IPO) of Electronics Mart India (EMIL) sailed through on the first day of the bidding process. The issue, which […] 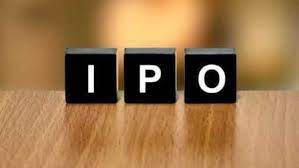