Second Edition of World Peace Rally 2022 flagged off from Sabarmati AshramShree Sai Women and Children’s Welfare Trust & Roti Bank Ahmedabad has roped in 10 disabled (on duty) servicemen as “Peace Ambassadors” from the defence forces, Paramilitary forces and Law Enforcement Agencies for the rally being undertaken from Ahmedabad to Leh (J&K) & back.

To send out a message of peace globally, the second edition of World Peace Rally 2022 was flagged off from Gandhi Ashram in Ahmedabad on Friday. Shri Narhari Amin, senior BJP leader and Member of Parliament, along with Shri Somabhai Modi, Managing Trustee of Sarvodaya Seva Trust, Mr. Ashish Bhatia, IPS, DGP, Gujarat and Prof. Himanshu Pandya, Vice Chancellor, Gujarat University, flagged off the rally on Friday.  Organised by Shree Sai Women and Children’s Welfare Trust and Roti Bank, Ahmedabad, not-for-profit organisations based in Ahmedabad, the rally saw 10 disabled (on duty) servicemen as Peace Ambassadors  from the defence forces, paramilitary forces and law enforcement agencies who will travel by road from Ahmedabad to Leh, Ladakh via Kartarpur in Pakistan and Wagah Border in Punjab, India.

Five disabled servicemen will be joining the rally as Peace Ambassadors in Ahmedabad and five more from Amritsar.

Gujarat Chief Minister, Shri Bhupendra Patel along with Minister of Home, Shri Harsh Sanghvi and Gujarat State BJP President, Shri CR Patil, could not remain present for the flag-off but sent their message and wishes for the rally.

These peace messengers will be travelling through Five States and Three Union Territories (Gujarat, Rajasthan, Delhi, Haryana, Chandigarh, Punjab, J&K, Himachal Pradesh) over a period of 20 days covering over 5,000 km in 8 SUVs.

On route, Shree Sai Trust has organized a musical event called “Ëk Shyam BSF ShaheedobKe Naam” at Attari Border on July 3, to pay tribute to our BSF Martyrs & honouring 15 Widows of the martyrs. The famous “Harmony of the Pines Orchestra” by Himachal Pradesh State Police will be playing their band. On this occasion, the Trust will also be honouring 24-year-old Indigo Pilot Ms. Mahasweta Chakraborthy, who safely brought back 800 Indian Students who were stuck in war-hit Ukraine.

Marking the 150th birth anniversary of Mahatma Gandhi and the Nelson Mandela decade of peace defined by the United Nations from 2019-2028, Shree Sai Women and Children Welfare Trust conceived the idea of the World Peace Rally in 2019, to spread the message of peace.

“At least 20 peace messengers (other than the disabled Peace Ambassadors) are leading the rally. In these trying times when many countries of the world are war-torn, it is even more important to spread the message of peace to the world around us,” said Shri BM Sood, Managing Trustee, Shree Sai Women and Children’s Welfare Trust & Roti Bank, Ahmedabad.

Babubhai Damor suffered severe head injury and on his left hand during a road accident while on duty. On the other hand, Shravan Majirana got injured after returning from the VVIP Bandobast during Namaste Trump Event in Ahmedabad during an accident due to which he suffered 60% disability.

Harjit Singh lost his left hand which was attacked by miscreants with a sword, while Singh tried to stop them from entering the vegetable market during the Covid-19 lockdown as they did not have a pass. Sukhdev Singh was run over by a car which did not stop at the check post where he was deployed. He suffered severe injuries in his ribs and right leg. Each of them flagged off the message of peace as Peace Ambassadors of the World Peace Rally 2022.

The first edition of the World Peace Rally was also held from Gandhi Ashram, Ahmedabad, India to Ambedkar House in London in 2019, as part of which five peace messengers, the teenage children of our Martyrs from Indian Air Force, Indian Army, CRPF & Maharashtra State Police had participated in the Peace Rally. As a matter of fact, the first World Peace Rally in 2019 also was flagged off on the 1st of July as we continue the tradition.

Tue Jul 5 , 2022
Spread the loveRenault Kiger achieves 50,000 production milestone in India.  Renault, the Number one European brand in India, has rolled out the 50,000th  Renault KIGER from its […] 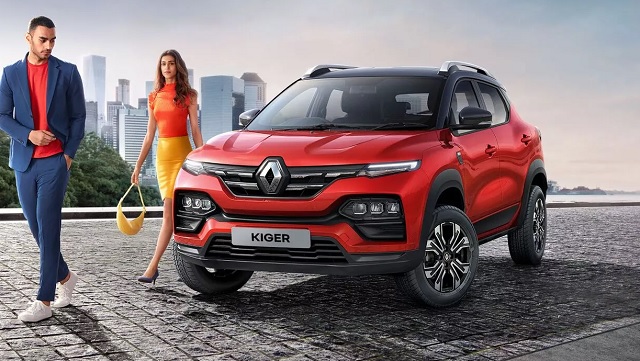