The Federation of All India Tea Traders Association (FAITTA), the apex body of tea trade in the country, has warned that the public auction system could have serious ramifications for the trade, and has urged the Tea Board to undertake a thorough evaluation of the e-auction system before rolling it out.

The tea trade had migrated from a manual auction system to e-auction format in 2016 as a part of the auction reform initiative. The e-auction system has been implemented in Coonoor, but it has been posing several operational problems for tea buyers. The Board has proposed to expand the system to the remaining five auction centres.

“The purpose for introducing the e-auction system by the Tea Board was fair price discovery, to ensure trades take place at the market-determined prices. Unfortunately, there are several lacunae in the system, and as a result it has ended up working like a tender process, and not a fair price discovery mechanism,” said Viren Shah, Chairman of FAITTA.

In mock trials, the tea lots went to the buyer who had entered the highest bid price, regardless of the actual auction bidding trend and price increments leading up to the second highest bidder price.

“The faulty logic of knockdown of lots is required to be revised. The maximum bid price logic for knockdown could have serious disadvantages in the long-run and impact buyer participation in the auctions, and be counterproductive to the Tea Board’s intent, and interest of stakeholders,” he warned.

Among the likely impacts of the new auction system are tea prices that do not reflect the ground reality.

“Since, the auction system can lead to an unnecessary hike in tea prices,” he warned.

According to the Federation, tea auction prices in 2020 were around 35% higher as compared with 2019 – around Rs. 80 per kilo – as this was the result of a fair price discovery mechanism based on demand and supply.

FAITTA said the entire tea trade is against this system, and urged the Tea Board to take a cautious, and more inclusive approach towards evaluating the features of the new auction model, as a hasty rollout could have serious unintended consequences.

“We have conveyed our concerns to the Tea Board. We have demanded that the features of the new auction system be communicated to all stakeholders in a transparent manner. Any system should not be implemented without wider consultation within the trade,” he said.

Fri Jan 22 , 2021
Spread the love Gujarat Chief Minister Vijay Rupani has made an important announcement for the industrial sector of the state stating that Gujarat is ready […] 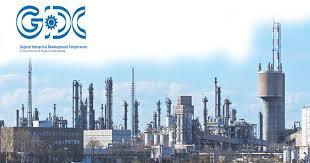