From work at home to work from home, Nari Shakti to lead India in becoming a global leader. In 2019, Hon’ble Prime Minister Narendra Modi envisioned India to become a $5 trillion economy and global powerhouse by 2024-25. In 2022, he reiterated that full participation of the workforce will be imperative to make India a global leader. He also stated that remote working and flexible working hours will be integral in strengthening the participation of the women workforce, enabling India to achieve its economic goals faster.

According to recent Govt data, the Indian economy is refuelling with 13.5% growth in the April-June quarter of FY23, exhibiting the fastest growth in the last four quarters.

However, working towards making India a global leader and discussing the changing office setup of the country, the rising workforce and its female professionals should not be excluded. With more than 5.1 million women on the platform, apna.co- India’s leading jobs and professional networking platform has studied the key trend of 2022.

More women have been looking for a remote job with lesser commute time being the primary motivator that can provide flexible working hours which allows them to support their household work/pursue alternate forms of income generation such as tuitions/creches from home.

A recent report by the International Labour Organization (ILO) found that a significant proportion of women usually reported their willingness to accept work if assignments were made available at their household premises. The ILO report also indicates that 34% of rural Indian women and 28% in urban areas were willing to accept work at home.

The most in-demand work from home jobs include BPO jobs such as telecalling or telesales, computer, data entry operator, executive roles including business development, back office, admins, office assistant, academics jobs such as teachers, tutor, finance jobs like accounts/finance and marketing related roles.

Not only has WFH been a popular trend in metro cities like Delhi-NCR, Chennai, Mumbai, Bengaluru, and Kolkata, but cities such as  Hyderabad, Pune, Lucknow, Patna and Jaipur have also recorded the maximum applications for work from home jobs.

This year, on apna.co there was a surge in employers looking for remote working candidates as well. Cities such as Ahmedabad, Chandigarh and Lucknow recorded an increase in the number of WFH jobs being posted this year, clearly highlighting how remote work has penetrated deeper into Bharat.

Not only work from home, but there has also been a rise in women applying to unconventional job roles such as delivery partners, drivers, aircraft repair, and backend engineers amongst others.

Talking about the new trend, Manas Singh, Chief Business Officer, apna.co commented “The flexibility and the convenience brought by remote working has the potential to inspire more professionals to join the workforce, further accelerating the economic engine of the country.

apna.co is committed to bringing Prime Minister’s vision of making India a global leader to and will continue being a partner in writing India’s growth story  ”he added

Female users also showed an inclination towards building professional networks and invested their time towards the same. apna became a safe space for them to have professional conversations and interact with industry peers. Women have been actively engaging in apna communities on government, business, learning languages, tele-caller, back-office jobs, teacher, computer/data entry, beauticians, lab technicians and cooking.

apna.co has been the most trusted platform for the women workforce of the country. In comparison to last year, the platform recorded a 56 percent increase in the number of applications by women for various job roles. This data is likely to increase in the coming months, especially with more remote working job opportunities available locally.

At present, apna.co has 25 million+ users and a presence in over 70 cities. The platform is the trusted partner for 3,00,000 employer partners in the country to fulfill their hiring requirements.

Wed Sep 7 , 2022
Spread the loveAxis Bank and PayNearby partner to launch Savings and Current Bank accounts for last mile SMEs and customers at a nearby store. Axis […] 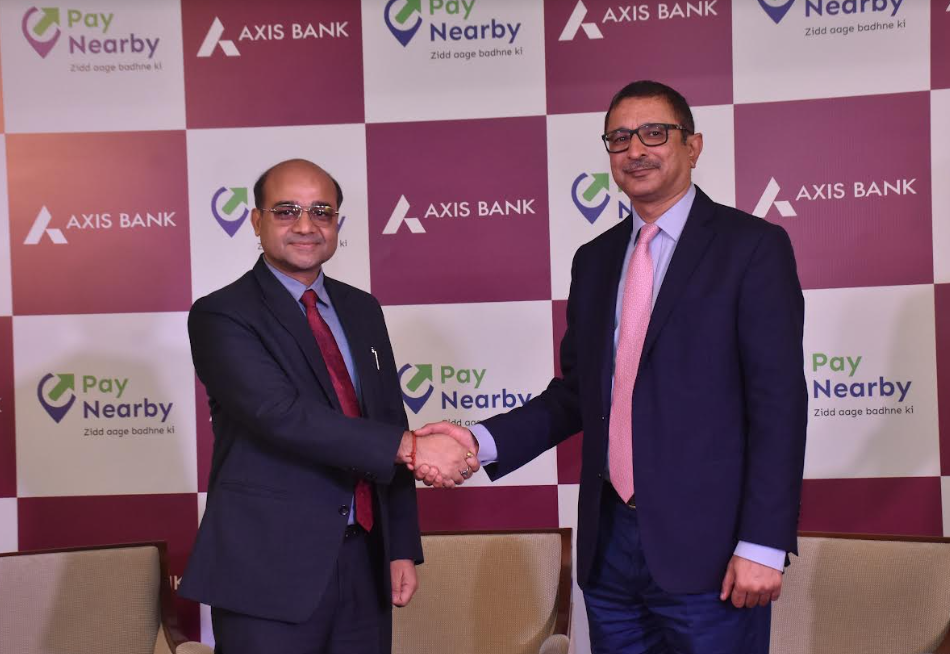