Prime Minister Narendra Modi on Tuesday said his government is addressing the concerns of farmers over the new agri laws and accused the opposition parties of misguiding them.

Modi was speaking after laying foundation stones of a desalination plant, a hybrid renewable energy park, and a fully automated milk processing and packing plant in his home state Gujarat.

“Farmers gathered near Delhi are being misled as part of a conspiracy. Farmers are told that their land will be grabbed by others if new farm reforms get implemented. I want to ask you, did the dairy owner take your cattle because you are selling milk to him?” the prime minister said.

“Opposition parties, when they were in power, were in favour of these farm sector reforms but did not take any decision back then. Now when the country has decided to embrace these reforms, these people are spreading falsehood and misleading farmers. I want to reiterate that my government is ready 24 hours to resolve all your doubts,” Modi said.

Thousands of farmers from Punjab, Haryana, and elsewhere have been protesting near various border points of Delhi including Singhu and Tikri for over a fortnight demanding the Centre repeal three new farm laws.

India will grow to be among top 3 economies in 2 decades: Ambani 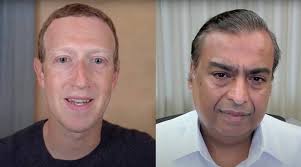