GSFC Launches Fertilizers in Himachal Pradesh to Boost Apple Crops And now, I am glad that the GSFC, promoted by the Government of Gujarat, is bringing its expertise to the apple farmers of Himachal. The fertilizers, being launched today, are formulated specially for apple plantations and will help them grow better produce.”

Commenting on the occasion thru a pre-recorded video message, Shri Vijay Rupani, Hon’ble Chief Minister of Gujarat said, “Our Hon’ble Prime Minister Shri Narendra Modi has often said that do not be stymied by adversity, instead try to look for opportunities in it.

I am glad that GSFC has found such a mutually beneficial opportunity in these times of the COVID-19 pandemic.”

Shri Mansukh Mandaviya, Hon’ble Minister of State for Chemicals and Fertilizers, conveyed, “Fertilizer companies located in other parts of the country can enter into agreements with the cooperatives of Jammu and Kashmir, Uttarakhand and North East India and meet the growing fertilizer demand of these states.

Shri Arvind Agarwal, Chairman & Managing Director, GSFC Ltd., said, “GSFC has taken up a unique initiative to implement the “Self-reliant India” vision of Shri Narendra Modi, Hon’ble Prime Minister. Under this initiative, the company has planned to manufacture 21 such products which are predominantly imported, and most are imported from only one country.”

The establishment of a commercial ‘fertilizer friendship’ between the two states through Gujarat’s fertilizer-producing state-owned company, GSFC, and Himachal Pradesh’s fertilizer distribution organization “HIMFED” will hugely help the farming community of Himachal Pradesh. This will lead to overall growth, making this a successful partnership.

Courtyard by Marriott Ahmedabad announces the opening of its 2nd hotel

Fri Nov 20 , 2020
Spread the loveCourtyard by Marriott Ahmedabad announces the opening of its 2nd hotel in Ahmedabad. Strategically located in the heart of the business district along […] 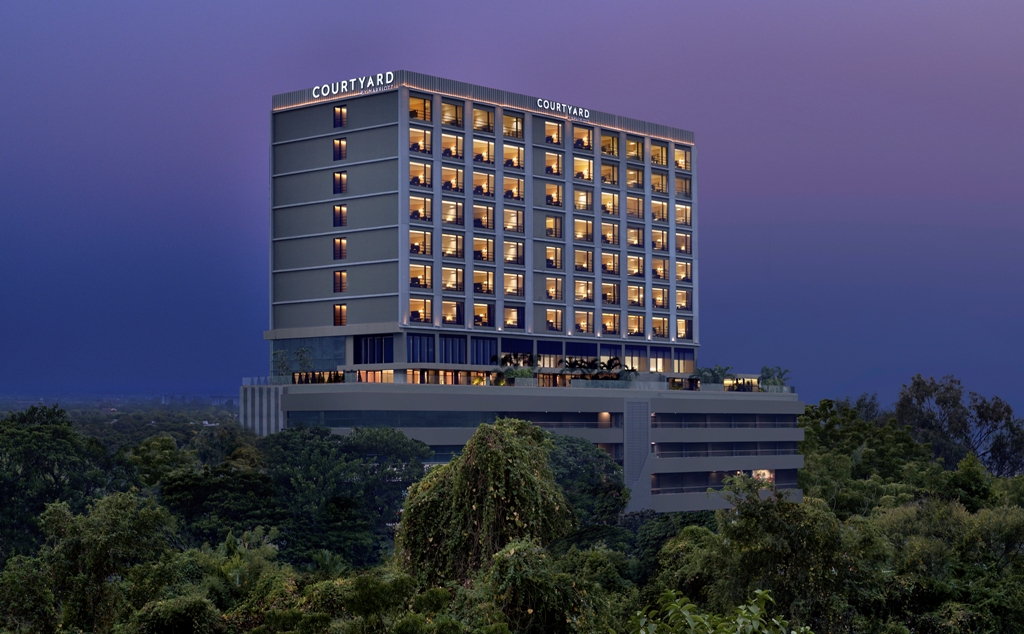