The Gujarat government on Wednesday sanctioned manpower of 313 employees for the newly constituted development authority for the area around the Statue of Unity at Kevadia in Narmada district.

The General Administration Department under Chief Minister Vijay Rupani has approved 313 personnel to manage the 182-meter statue and other tourist attractions, said an official release.

Last December the Gujarat Assembly passed a bill for setting up a separate authority for the management of the Statue and surrounding areas. In February, the Statue of Unity Area Development and Tourism Governance Authority was set up.

The administration will be headed by a Chief Executive Officer and two additional collector-level officers.

Projects which are currently managed by the Gujarat Forest Department, such as Jungle Safari and Valley of Flowers, have also been brought under the Authority.

Thu Dec 24 , 2020
Spread the loveThe BCCI’s governing body on Thursday ratified the entry of two new franchises in the IPL to make it a 10-team affair from […] 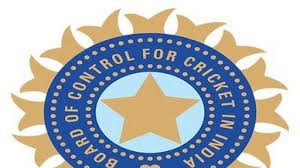