Lockdown that started from last week of March and lasted till May end, changed the list of essentials in daily life. Broadband has become the most crucial thing after food, clothes and shelter. The need of broadband or optical fiber has suddenly shot up.

In very first month of unlock, Jio added over 17,000 connections of JioFiber in Gujarat. The telecom regulator, the Telecom Regulatory Authority of India (Trai), issued the subscription numbers on Thursday, which reveals that after adding over 17,000 wired or JioFiber connections, the operator has over 1.54 lakh connections in the state, by end of June 30, 2020.

At present, Jio offers JioFiber services in over 15 cities of Gujarat including Ahmedabad, Surat, Vadodara, Rajkot, Jamnagar and others. Recently, company has announced a few new plans for JioFiber users which is likely to push the demand further on higher side.

The Trai report also shared the wireless or mobile subscription numbers of the state in June, 2020. As per the report, Jio and BSNL continued to add mobile users during the period in Gujarat.
By the end of June, 2020, Jio added 3.64 lakh mobile users and BSNL added less than 500 subscribers
in the state.

As June was the first month of unlock, there was high demand of new connections which led to growth of about 60,000 in total number mobile users in state from 6.61 crore users in May 2020 to 6.62 crore users in June 2020.

Sat Sep 26 , 2020
Spread the lovePodar Group is one of the leading educational institution group PAN India with over 131 Schools providing premium education and state of the […] 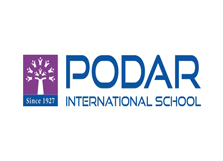