Lallooji & Sons, a leading turnkey solutions event management company has vehemently denied the Kumbh Mela administration’s allegations of fraud, and described the action initiated against it by the administration as illegal, and aimed at scuttling the legal process for recovery of outstanding dues.

Lallooji & Sons had entered into a contract with the Mela administration, and undertaken major works for setup of tin, tents, and supply of furniture for the Mela at Allahabad last year. The work was executed on an unprecedented scale, and the Kumbh Mela was the largest ever effort in terms of temporary camping executed in the country.

Lallooji & Sons said it executed all the works as per the agreement and to the satisfaction of the clients.

“However, the dispute arose when Lallooji & Sons submitted bills amounting to Rs. 155 crore for the works. The Mela administration made illegal deductions in the bills, and arrived at a figure of Rs. 85 crore as the due amount. The administration also did not release the payments, and kept pressurising us to accept the lower amount,” said Himanshu Agarwal, a partner in Lallooji & Sons.

With no resolution in sight even after several months, Lallooji & Sons approached the Allahabad High Court in December 2019 for release of the dues.

“The administration released the amount of Rs. 85 crore following the high court’s order on March 31, 2020, a full year after the Kumbh Mela had ended,” said Agarwal.

Former chief justice of MP High Court, Justice (Retd) DPS Chouhan was appointed as the arbitrator in the dispute after the event management company again moved the high court in the wake of the Mela administration’s refusal to appoint one.

“The arbitrator had fixed December 5 as the next date for hearing, but in a bid to scuttle the arbitration process, the Mela administration issued an office order on December 3 alleging fraud of Rs. 109 crore by us, and debarring us from government contracts for five years,” Agarwal said further.

The firm said the administration filed a FIR at Daraganj Thana against it and key personnel for fraud in respect of some letters which were submitted as evidence during the arbitration process.

On December 5, the administration moved an application under section 16/2 of The Arbitration and Conciliation Act seeking the arbitrator’s termination on the ground that he was not competent to adjudicate the matter.

“The intention of the administration is very clear. It wants to scuttle the arbitration process by any means. The illegal order to debar us and filing of the malafide FIR are to harass us, and to force us to accept the illegal decision of the administration. However, we are certain that no wrongdoing has been committed on our part. We are challenging the illegal actions at appropriate forums, and are determined to clear our name,” added Agarwal. 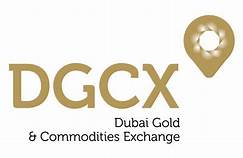