Continuing their mission of identifying, supporting and encouraging budding entrepreneurs from across the country, Entrepreneur’s Organisation (EO) on Saturday announced the winning team for the state round of EO Global Student Entrepreneur Awards (GSEA) for the year 2020-21. Trishla Punjabi, the founder of Medguru, an online medical education platform, bagged the award for the final round (Gujarat) of GSEA, a premier global competition for university and college students who own or operate a business. The winning team was selected by a panel of eminent judges from amongst six student entrepreneurs shortlisted for the final round, which was held in Ahmedabad on Saturday.

Medguru is an online medical education platform that provides video lectures, animated education modules to Medical students and also those in allied sectors such as Dental studies and Physiotherapy students. The platform has roped in top faculty members from AFMC, Pune and also offers a ‘crash course’ that will help students revise before the exams.

The winning team will now compete at the national level round which will be held on February 12 and 13.

Mr Jatin Trivedi, along with Mr Jigar Shah and Dr Rakesh Rawal, were the judges for the final round held on Saturday.

The initiative was supported by Gujarat University Startup and Entrepreneurship Council (GUSEC) and Gujarat Chamber of Commerce and Industry (GCCI) as the industry partner.

“We received applications from across the state and we had shortlisted six student entrepreneurs for the finale. Gujarat has a legacy of entrepreneurial spirit since generations. The innovations and effort put in by each of the team members participating in GSEA Awards, indeed bears testimony that the spirit and shrewd business acumen will only grow and prosper in the days to come,” said Ms Priyanshi Patel, chairperson, GSEA.

“Gujarat Chapter of EO has some 77 entrepreneurs as members and their spouses, making a family of 140 people from several industrial sectors such as pharmaceuticals, infrastructure, automobile, financial services, construction and manufacturing, among others. Through EO GSEA, we aim to identify and support student entrepreneurs through mentorship, recognition and connections to take their businesses to the next level of success,” Ms Priyanshi further went on to say.

As part of the competition, nominees compete against their peers from around the world in a series of local and/or national competitions in a bid to qualify for GSEA Finals. Abhas Senapati, a 16-year-old entrepreneur, who runs a GUSEC-incubated start-up working on hardware & software-based technology, ThingFinder, emerged as the first-runner up in GSEA Awards. Vedant Mankad, founder of Docoholic – an Operating system for exporters and importers, emerged as the second runner-up. Docoholic helps create multiple EXIM documents by automating entire pre- & post- shipment documentation. 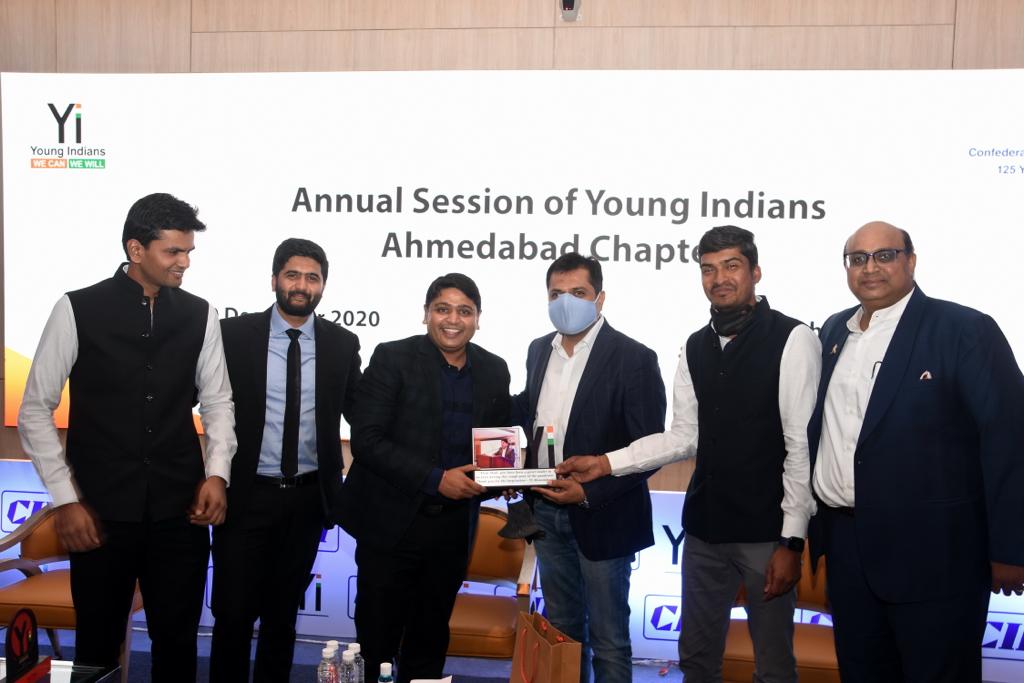