Pune is the second-best city in India for employable women, finds Avtar’s Top cities for Women in India report.Avtar group, India’s pioneers in Diversity, Equity, and Inclusion (DEI), released the ‘Top cities for Women in India’ report today. Pune, Mumbai and Ahmedabad have emerged in the Top three cities for women in the Western region basis their City Inclusion Scores. The report which is the culmination of a year-long exercise, is an algorithmic assimilation of data from over 200 sources including current ease of living index, PLFS, national census, crime records, NFHS, Ministry of Women & Child Development’s annual report, the IMF, as well as Avtar’s primary research with employer organizations and women, to arrive at a comprehensive City Inclusion Score®. Chennai, Pune, Bengaluru, Hyderabad, and Mumbaihave emerged as Top Cities for Women in India with their City Inclusion Scores above 60.

Inclusive organizations are defined as organizations that pursue Diversity, Equity and Inclusion as a strategic priority. Here, leaders are vocal advocates of DEI and there is a strong culture of allyship. Women leaders inspire women along the talent pipeline to advance in their careers, intentionally.

The United Nations (UN) has defined women-friendly cities as those that provide women the access to health, education, employment opportunities, comprehensive urban, social services, and a safe environment. Women-friendly cities are also defined as those where local governments are conscious of women’s issues and perspectives in their planning and decision-making processes. In essence, women friendly cities are those cities where all the residents of that city can equally benefit from the financial, social, and political opportunities presented before them.

The report provides a list of 111 cities for women in India based on their inclusivity parameters towards nurturing a conducive ecosystem for women’s employment. The first-of-its-kind study reports the indices for identifying Top cities for women in India, with indicators for governmental agencies and policy making forums to make cities more conducive for increased women’s workforce participation. The insights from the report are meant to aid corporates to engage with stakeholders to work hand-in-hand in creating enabling ecosystems for women talent to rise to its fullest potential.

According to Avtar’s Top Cities for Women in India report, only nine out of the 111 cities have scored above 50 in their City Inclusion Scores. The capital cities of many states do not feature in the top 25 spots. While state capitals receive a lot of attention – politically, socio-economically, environmentally, and developmentally, their absence in the top 25 necessitates a deeper probe from the side of policy makers to understand the barriers faced by the state capitals in being inclusive for women professionals.

As per the Top cities for Women in India report

Speaking at the launch of the study, Dr. Saundarya Rajesh, Founder – President, Avtar Group said, “The fact that the South and West regions are more women-friendly in terms of employment is not a surprise, given the politico-historic context of these regions. The rise of cities like Hubli, Nagpur, Ahmedabad, and Coimbatore as promising hubs of women’s employment, due to their high Industrial

Inclusion scores is very heartening. Metros like Delhi and Kolkata have fallen behind in terms of social inclusion due to lower standards of safety and poor enablers for women to pursue employment”

The study which apart from indexed scores, also factored in the steps taken by states and cities in empowering women during the last one year, highlighted the key inclusion measures that are required for increasing women’s workforce participation. The report, the very first such national effort in bringing a data driven and evidence-based understanding of the current state of city ethos towards women’s inclusion, also outlined the importance of transforming cities as spaces that can be freely navigated by women to pursue career and economic self-sufficiency goals.

Referring to the critical role played by city infrastructure in influencing women’s careers, Dr. Saundarya said, “We are very excited about the possibilities to increase women’s employment being offered by cities like Vishakapatnam, Madurai and Vadodara, which are growing centers of both industrial activity and social development. As rightly called out by our Prime Minister, to reap the benefits of the fourth industrial revolution we must enable more women in workplaces, especially in the growing industries. It is imperative that we look at the problem of low representation of women in India as not only something to be solved by corporates, but also as a goal for the state. With India’s urban infrastructure needs set to cross over $840 billion (World Bank report), with an annual investment of over $55 billion, here is a powerful call to ensure that this investment takes into account the burgeoning expectations of women to play a significant role in the economy”

While technical training and upskilling can powerfully contribute to young women obtaining office/factory-based jobs in cities to attain economic independence and social autonomy, a sustainable ecosystem that eliminates infrastructure barriers is an indisputable catalyst towards development. Added Dr. Saundarya, “The Top Cities report, which will be an annual effort that will use tools such as sentiment analysis, opinion mining and other big data analytics, will continue to be a conscientious call to action for governmental and organisational stakeholders on how they can contribute towards improving women’s participation in economic activity. This in turn will lead to the rapid economic development of the country.”

Key findings of Top cities for Women in India report 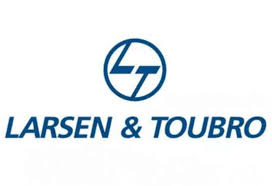