SpiceJet, the country’s favourite airline and the leading logistics platform, reported a Net Profit of INR 23.28 Crore (despite one-time exceptional adjustment of INR 77.46 Crore on account of settlement) for the quarter ending December 31, 2021.

SpiceXpress, the Company’s logistics platform, continued on its growth trajectory reporting increased revenue of INR 584 Cr for the reported quarter as compared to INR 498 Cr in the last quarter, a jump of 17%. The Company plans to significantly increase freighter capacity in the coming quarters.

Ajay Singh, Chairman and Managing Director, SpiceJet, said, “I am happy that SpiceJet reported a profit in Q3 FY2022 driven by excellent logistics operations, rebound in passenger traffic and various accommodations from aircraft manufacturer and lessors.”

“The passenger industry witnessed the much needed turnaround in third quarter as Covid cases ebbed in the first half of the quarter, travel picked up significantly and there was finally hope that the worst was behind us. However, that changed by the second half of December as Omicron halted that recovery. Our performance would have been much better but was impacted by the unexpected delay in the return to service of the 737 MAX, rising fuel costs and certain exceptional adjustments. I am happy to say that there are renewed signs of recovery in the passenger segment and the logistics segment continues to remain strong. ”

The settlement with Boeing was a significant event during the quarter. As expected, the Company received cash and non-cash accommodations significantly in excess of the amounts due to lessors during the period of grounding of MAX aircraft. The settlement not only brought back into operations the grounded 737 MAX aircraft but also paves way for the induction of more efficient and younger MAX aircraft into SpiceJet’s fleet. The settlement also ensures the resumption of new aircraft deliveries from our order of 155 MAX aircraft. SpiceJet celebrated the return to service of the 737 MAX with a special flight from New Delhi to Gwalior.

On operational parameters, SpiceJet had the best passenger load factor amongst all airlines in the country during the quarter. The average domestic load factor for the quarter was 85.2%.

SpiceJet launched 40 new routes to strengthen its domestic network besides adding Kushinagar as its latest UDAN destination. It also became the first and only airline in India to operate non-stop flights on Delhi-Tirupati sector.

In an industry first initiative, the airline built Pilot Docs, a digital library to eliminate the need to carry large amount of paper manuals on the aircraft, resulting in operational efficiency. The global airline association, APEX recognized SpiceJet for its Cabin Crew app in the ‘Newcomer of the Year’ category. Besides, SpiceJet also became the first Indian airline to be awarded the Diamond status from APEX Health Safety for ensuring highest standards of cleanliness and sanitization.

During the quarter, the airline also took multiple initiatives to enhance customer experience. SpiceJet revamped its website with improved features to offer customers with a personalized experience through superior navigation and functionality. Besides, in an industry-first approach, it introduced Dolby Atmos on SpiceScreen, its in-flight entertainment system to enhance audio experiences on-board for flyers. The airline also launched a new platform for passengers to choose and book tours, activities and experiences from more than 24,000 handpicked activities and experiences across 55+ countries in partnership with Thrillophilia. In addition, SpiceJet also launched the ‘Book Now, Pay Later’ scheme to add more convenience and allow passengers to pay in easy instalments as per their budget.

The airline is now aiming for a stronger comeback in 2022 by utilising and expanding its 737 MAX fleet for better yield and flying experience, launching new customer centric services, optimising daily operations based on IT and expanding network both domestically and internationally.

Tue Feb 15 , 2022
Spread the loveRapiPay forays into Digital Banking, raises USD 15 million, Consolidating its position as a leader in the Fintech industry RapiPay has raised $15 […] 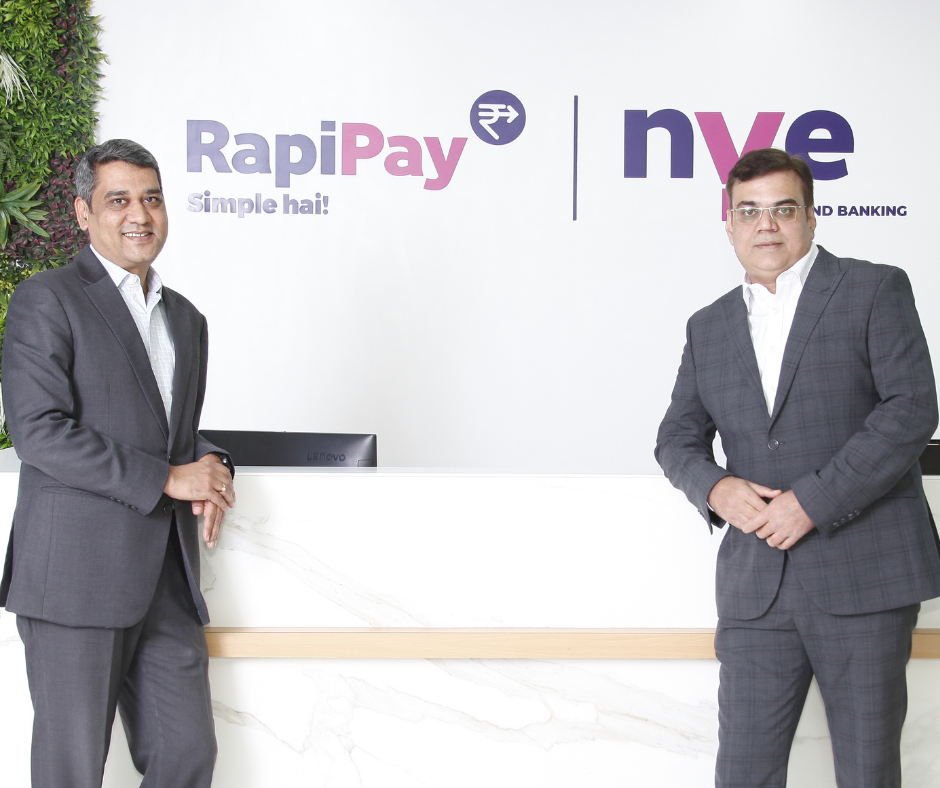