Chandauli, Uttar Pradesh is popularly known as the Bowl of Rice “Dhaan Ka Katora of Uttar Pradesh” for non-basmati rice because of fertile lands of the Gangetic Plains.

The Divisional Commissioner Varanasi stated that the efforts would be made in association with State Government on identification of   production area, creation of platform to consolidate farmers, FPOs, Exporters, Associations and other stakeholders for promotion of regional Rice from Varanasi division.

The consignment was exported by M/s Sukhbir Agro Energy Limited. As informed the company is shipping 520 MT for the first-time form Varanasi to Qatar.

During the day, Chairman APEDA visited the centre for perishable complex in Raja ka Talab and discussed about the plan for upgradation of the facility as Packhouse for recognition by APEDA. Further, a visit was organised to International rice research institute, Varanasi. Chairman, APEDA discussed about the initiatives required for profiling of non-basmati rice varieties and developing the value-added products of rice.

He also advised IRRI to get the food testing lab NABL accredited at the earliest for recognition by APEDA, so that the sample food products are tested for exports in Varanasi itself rather sending to other places for testing.

Tejinder Oberoi appointed as the Chairman of GESIA IT Association

Fri Dec 18 , 2020
Spread the loveCygnet Infotech, a leading IT solutions company announces that Mr. Tejinder Oberoi, Executive Director at Cygnet Infotech has been elected as the new […] 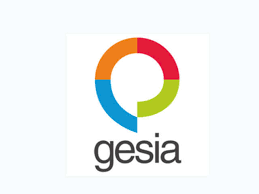