SpiceJet, the country’s favourite airline and the largest regional player, today announced the launch of 30 new domestic flights including six new flights from Darbhanga in Bihar. The new flights will commence in a phased manner from 20th December, 2020.

SpiceJet had on November 8, 2020, launched daily direct flights connecting Darbhanga with Delhi, Mumbai and Bengaluru and is the first and only airline operating to the city. Darbhanga is the airline’s 13th UDAN destination.

The airline will deploy a mix of its Boeing 737 and Bombardier Q400 aircraft on these routes.

Shilpa Bhatia, Chief Commercial Officer, SpiceJet said, “We are delighted to further expand our domestic operations and add 30 new flights on our network. After the successful launch of our Darbhanga flights, which have received a tremendous response, we have decided to further enhance connectivity to the city with new flights to Pune, Hyderabad and Ahmedabad.”

Thu Dec 17 , 2020
Spread the loveChandauli, Uttar Pradesh is popularly known as the Bowl of Rice “Dhaan Ka Katora of Uttar Pradesh” for non-basmati rice because of fertile […] 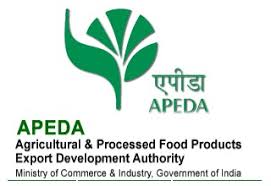