The Surat police has arrested four persons for selling whole wheat flour flour using the Jio trademark. On Wednesday, following a complaint, the arrests were made by police in the city.
A complaint has been lodged at the Sachin Police Station against a trading company in Surat for selling wheat flour using the Jio brand name and its logo. An FIR has been lodged against Surat-based Radhakrishna Trading Company for violating the Trade Mark Act 1999 by using the Jio logo and design.
The Deputy Commissioner of Police (DCP), Surat (Zone 3), Vidhi Chaudhari informed that the case has been registered under the Trademark Act. “Reliance Jio has filed a complaint at Sachin Police Station in Surat stating that company named Ram Krishna Tradelink was selling wheat flour using Jio trademark,” she said. Based on the complaint, she further said, “we have arrested four accused in the matter.”
As per police complaint, on 8th January it was aired on a national news channel with a headline ‘Jio data ke baad Jio ka aata’ that a Surat-based Radhakrishna Trading Company has been selling wheat flour in the bag with a brand name of ‘Jio’ with its logo. On this matter, Jio urged police commissioner of Surat to inquire about it.
The complaint further said that the firm, Radhakrishna Trading Company and the people associated with the company used to print the ‘Jio’ logo on the bags of wheat flour and used to market and sell. But, Jio or any other group company of Reliance Industries is not in any agriculture produce. All these people have misused Jio’s trademark for their own financial gains.
Hence, the FIR has been lodged to take legal action against all these people and the company. Sachin Police Station has registered an FIR under the Trade Mark Act 1999 and are conducting further investigations.

Thu Jan 21 , 2021
Spread the loveStove Kraft Limited , one of the leading brands for kitchen appliances in India and one of the dominant players for pressure cookers […] 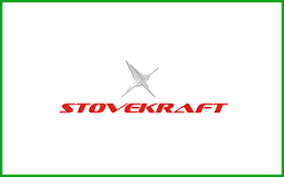