During his virtual address, the Prime Minister said, “The Metro Rail Project will be instrumental in fulfilling the infrastructural requirements of the future generation. The project, worth more than Rs.17,000 crores, will further augment the infrastructural capacity of two of Gujarat’s biggest trade centers- Ahmedabad and Surat. This project is yet another step towards Atmanirbhar Bharat”.

These projects are a part of the larger framework of the government to connect various cities through an integrated transport network. They will help in curbing the rising traffic in the days to come.

India was connected with a mere 250 km of Metro Rail Network before 2014.  A dedicated network of 708 km of metro rail has been made operational in the last 6 years. Works of ~1000km are under progress in 27 cities.

The Prime Minister congratulated the state government for ensuring a dedicated and visionary approach towards the development of Surat..

Gujarat contributes 40% to India’s capacity of man-made fabric and 30% in man-made fibres’ category. Surat is one of the most successful cities in India. It had 20% of its area under slum in its yesteryears. Today, it is merely 6%.

The city houses more than 100 bridges out of which more than 80 have been constructed in the last 20 years. More than 12 Sewage Treatment Plants have been operational which has led to an income of more than Rs. 100 crores. The city houses some of the finest hospitals thereby adding to the ‘Ease of Living’ factor.

Talking about Gujarat’s capital, the Prime Minister said, “Gandhinagar was once known as the city of government employees and its retired personnel. We decided to change the fate of this city through a dedicated and timely planning.

Today, students from various parts of the country reside in the city for availing one of the finest higher education. The Metro Rail Project will further boost the city’s transportation facility.  Institutes like IIT, NFSU, PDPU, GNLU, NIFT, DAIICT, RSU, NID, etc have created a leading identity of Gandhinagar.”

A large number of global companies have also established their offices in the city and provide employment to a large number of youths. Mahatma Mandir has also contributed in providing large scale employment through various national and international events. A New Railway Station is also taking shape in the city. An increase in varied transportation options will also attract more investments.

Talking about Ahmedabad, the Prime Minister said, “The city is leading the state in terms of its financial mettle. It houses the World’s Largest Stadium. Construction of the six-lane Ahmedabad-Sarkhej-Chiloda highway is under progress. Dholera has been allocated a dedicated airport and we further plan to connect it through a rail network.

Work for the same is under progress. The Ahmedabad-Surat-Mumbai Bullet Train Project is taking shape as well. Such projects will be a game changer in Gujarat’s developmental saga.”

The Prime Minister exuded with pride that Gujarat has always led India by an example and will continue to do so in the days to come. More than 80% of the state’s population receive water through the ‘Nal Se Jal’ scheme. More than 10 lakh tap water connections have been provided under the same. Narmada waters have created a wave of prosperity among the farmers. An integrated water network has been established through SAUNI Yojana and Sardar Sarovar Yojana.

The Prime Minister also talked about Asia’s Largest Ropeway at Girnar and Ghogha-Ro Pax Ferry service. He talked about the Digital Seva Setu program of the state government and lauded their efforts in providing digital governance at the doorstep of a common man. 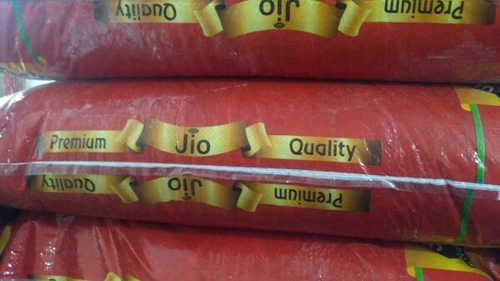