Godrej & Boyce, the flagship company of the Godrej Group, announced that its Business Godrej MEP (Mechanical, Electrical and Public health engineering) is targeting annual revenue growth of 25% in Data Centers projects by FY24. The business has secured several high-value projects in the cities of Mumbai & Delhi for various data centre clients. Against the backdrop of the Big Data Revolution by the incumbent government, India’s data center industry is estimated to double by 2023.

Fueled by the adoption of cloud technologies, IoT devices, increase in data consumption, and the impending 5G rollout, among others, the data center industry is already witnessing a major boom as the pandemic has hastened the process. This opportunity has bought about a turnaround in the Indian market and many big tech companies both Domestic and international, have invested in opening data centers in India.

The Ministry of Electronics & Information Technology announced a policy that the government would provide ‘infrastructure status’ for the data center sector, thus bringing it on par with crucial industries such as Railways, Roadways, and Power. The government is also working on a scheme for a hyper-scale data center to incentivize investments. In congruence with the same, Godrej MEP has also witnessed an uptick in inquiries for critical services such as electrical, HVAC, firefighting & public health engineering, from a number of global and local data center players. They plan on investing 25 Cr in the next 2 years. So far, they have undertaken projects spanning close to 20 MW and further plans to cover another 35-40 MW by FY24.

Commenting on this, Pravin Rawool, AVP & Business Head – Godrej MEP, says, “The Data Center Industry is one of the most lucrative and fastest-growing industries in India. With an aim to help integrate energy and water-saving measures Godrej MEP not only provides greater efficiency and benefits in operations but also helps optimize the use of scarce community resources. With the support of the Central and State governments, we see enormous opportunities for growth in the industry.

Additionally, data localization as guided by the Central government has given an internal boost to Data Centres growth in India and the Government’s outlook and push to this segment and global investments will further drive demand for Data Centers. At Godrej MEP, we will continue to partner with Indian and Global players to provide the best mechanical, electrical and firefighting services that are essential to the functioning and safety of data centres.”

With the market doubling up and increasing penetration, the sector is predicted to grow 2X by FY24. 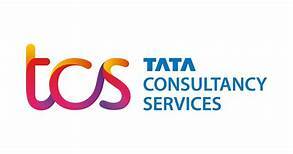