SpiceJet, the country’s favourite airline, today announced the launch of eight new international flights between India and Bangladesh under the air bubble agreement between the two countries. The airline also announced the addition of Chittagong as its 11th international destination.

SpiceJet will operate non-stop flights between Kolkata and Chittagong four-times-a-week. Besides, the airline will operate flights on the Delhi-Dhaka-Delhi, Kolkata-Dhaka-Kolkata and Chennai-Dhaka-Chennai sectors. All the flights are scheduled to commence from November 5, 2020.

SpiceJet will deploy a mix of its Boeing 737 and Bombardier Q400 aircraft on all these routes.

Shilpa Bhatia, Chief Commercial Officer, SpiceJet, said, “SpiceJet is delighted to add Chittagong as its 11th international destination and announce the launch of our new flights connecting Dhaka with Delhi, Chennai and Kolkata. We have always witnessed good demand on our flights to Bangladesh and we are confident that our new flights will bring smooth connectivity for the passengers travelling on these routes.”

The port city of Chittagong is Bangladesh’s second largest city besides being one of the country’s major financial hubs. Being an important center in Bangladesh for international trade, the city is a key destination for business travelers.

SpiceJet is celebrating the launch of its new flights by announcing introductory all-inclusive starting fares of INR 4,255 on Kolkata-Chittagong, INR 4,939 on Chittagong-Kolkata, INR 4,638 on Kolkata-Dhaka, INR 5,478 on Dhaka-Kolkata, INR 7,749 on Delhi-Dhaka, INR 10,135 on Dhaka-Delhi, INR 5,128 on Chennai-Dhaka and INR 7,308 on Dhaka-Chennai sectors.

Mon Oct 26 , 2020
Spread the lovePrime Minister Narendra Modi will arrive in Gujarat on October 30 on a two-day visit during which he is scheduled to launch a […] 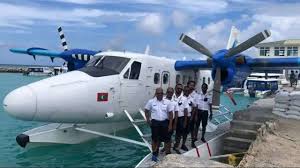