Anti-China sentiments  across the globe has also been one of the reasons for the improved performance in exports. Besides, the exporters must be complimented for their excellent performance in spite of these challenging times. Mr Saraf reiterated that the arrest in decline of exports started during July with a lower negative double digit decline of 10.21 percent from a very high negative double digit decline of 60.28 percent during April, 2020 caused mainly due to lockdown measures followed across the globe because of Covid-19 pandemic.

As business activities and economic sentiments are inching towards normalcy globally, Mr Sharad Kumar Saraf added that exporters have started receiving a lot of enquiries and orders from across the globe helping many sectors to further show improved export performance, which is likely to get better and better in next few months. FIEO Chief, further added that integration in the global supply chain has also started showing signs of resilience further helping to give a boost to the Indian economy.

22 out of the 30 major product groups were in positive territory during September 2020, which itself depicts signs of revival in the sector. FIEO Chief said that looking at the performance of the labour-intensive sector of exports especially drugs & pharmaceuticals, engineering goods, RMG of all textiles, carpet, jute mfg. including floor covering and handicrafts has not only been impressive but some of them have also shown higher double-digit growth. Talking about major constituents of our exports basket, which includes petroleum products, plastic & linoleum, engineering goods, electronic goods, organic & inorganic chemicals, gems & jewellery, leather & leather products have either turned positive or have started showing signs of revival with arrest in decline.

However, reduction in imports during September 2020 by 19.60 percent to USD 30.31 billion compared to the same period during the previous fiscal led to a trade deficit of just USD 2.72 billion with a substantial decline of about 75 percent during the month. Reduction in import of precious metals including Gold, Silver, pearls, precious and semi-precious stones along with leather & leather products used as raw material for gems & jewellery and leather & leather product exports has also seen a negative growth during the month which does not augur well for these major labour-intensive sectors of exports.

With the WTO trade projecting a 9.2 percent decline in the volume of world merchandise trade for 2020, followed by a 7.2% rise in 2021, India’s exports are also showing signs of revival. Mr Sharad Kumar Saraf is of the view that going with this trend, India’s exports is likely to be around  USD 300 billion during the current fiscal. This  itself would be an impressive performance from the overall exporting community and for the sector as a whole which is still facing global headwinds.

FIEO Chief reiterated that the urgent and immediate need of the hour is to address some of the key issues including the release of the MEIS benefits, resolving risky exporters issues, early introduction of RoDTEP across all sectors, removal of capping of Rs 2 crore MEIS per IEC, introduction of NIRVIK Scheme, availability of container for exports, early clearance of both imports & exports at ports and expediting introduction of the E-Wallet Scheme, which will further help in reviving the exports during these difficult and torrid times.

Fri Oct 16 , 2020
Spread the loveAhmedabad : Stepping further to support the parents who are facing challenges to pay the reduced school fee, Ahmedabad’s Udgam School For Children […] 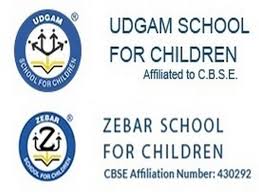